Texas Hold’em Rules and Strategy – Win Easily With This Guide

You’ve seen the popular poker game on TV and now you want to know how to play Texas Holdem. Read our guide and find out everything you need to know to win at this fun and exciting poker game.

Texas Holdem poker has fast become a phenomenon that is enjoyed by millions of viewers all around the world and armchair fans want to become a part of it. It’s not the most difficult game in the world to learn and in our guide, we’re going to show you the Texas Hold em rules and give you tips to be able to play the game well.

Follow our Texas Holdem strategy and you could make yourself a nice little income on the side, or even think about a potential career as a professional player once you have mastered the game.

Texas Holdem poker can be played with anything from two to ten players and in a casino or online there will be a fixed dealer. There will be multiple pots in a game and the idea is to be the last man standing and thereby win the chips of everyone who is at the table. Each player starts with two cards and there will be a total of five community cards placed on the table by the dealer. The objective for each player is to make the best Texas Holdem hands of five cards from the seven.

The next step is the blind bets or simply ‘blinds’. There is a small blind which is played by the player to the immediate left of the dealer button and a large blind which is played by the player immediately to their left. The amount of the blinds will be determined before the game starts, but typically the small blind is 1/100 of the buy-in cost, so for example if the game was a $10 buy-in then the small blind will be $0.10. The large blind is usually double the small, but in low stakes games you might find that they are $0.10 and $0.25.

The dealer will then deal each player two cards which are known as the ‘hole cards’. At this point a player can look at their cards – carefully so opponents don’t see and decide on their next action.

There are three choices at this point – fold, call or raise.

Folding is self explanatory and means you will throw away your cards and take no further part in that hand. A call matches the big blind amount and a raise will be double the amount of the big blind.

This part of the game is known as pre-flop and ends once every player has performed an action. All players who don’t fold at this point must have bet the same amount at the pre-flop stage.

The ranking of hands in Texas Holdem poker is the same as in most other varieties of poker and is as follows from low to high:

High card
If you haven’t made any of the hands below then the highest card plays. In the example below that would be the Queen.

Pair
Two cards of the same rank – The Queen’s in this example.

Two pairs
Two different pairs, in the example below that would be the the 5 and 2.

Three of a kind
Three cards of the same rank – In the example below this would be the Queen’s.

Straight
Five cards in a sequence but not of the same suit.

Flush
All five cards of the same suit but not in a sequence.

Four of a kind
Four cards of the same rank.

Straight flush
Five cards of the same suit in a sequence.

The dealer will deal the top card face down (a ‘burn’ card) and then deal the first three of the five community cards known as the “flop” face up. At this point your hand will be taking shape. If you’re really lucky, you’ve got a good five card hand already, but chances are you will need to wait for one or even two more cards.

Again, you can fold, call or raise. There is no shame in folding and Texas Holdem poker is a long game, so it’s sometimes best to cut your losses and wait for the next hand rather than to hope for better cards that have a low statistical chance of being dealt or even bluffing with a hopeless hand.

Betting at this point works in exactly the same way as pre-flop and the first bet will equal the big blind.

The turn, or fourth street, is the fourth community card. The dealer will again burn the top card from the deck and then deal the turncard face up. Another round of betting ensues, but this time the betting starts at twice the large blind amount. The round of betting concludes once everyone who is still in the game has performed an action and bet the same amount.

The river is the fifth and final community card. Again, according to Texas Hold em rules one card is dealt face down before the rivercard is dealt face up. Now every player will know if they’ve got a playable hand or not.

Many players will continue to bet at this point even if they have a poor hand, not wanting to throw away cards they’ve already invested so much in. There will be a betting round identical to that which follows the turn card. It’s now that the game really hots up. Expect to see a lot of raising at this point.

Has the player who’s risking everything got a fantastic hand or are they bluffing to try and make you fold?

Now you’ll find out who the winner is. The player with the dealer button, or the first player still in the game to their left if they have folded, will reveal their hand. The Texas Holdem rule at this point dictates that losing hands can be thrown without revealing them. Going around the table clockwise, any hands which beat the first will be displayed and the dealer will call the winner and pass the chips from the pot to them.

Before the next hand starts the dealer button will be moved to the next player to the left and then the game will continue. As the game progresses some players will be eliminated as they run out of chips – once a player has used all of their allotted chips in a game of Texas Holdem poker there is no possibility of buying more. The game is won when one player wins all of the chips that each player started the game with.

In Texas Holdem, strategy is the key to winning. You need to accept that you can’t win every hand and folding when you realise your cards are unlikely to win will keep you in a game for longer than aggressively bluffing. A full understanding of Texas Holdem rules is also essential in order to be a successful player at the game.

You need to be aware of your own ability and play at a level which suits this. There are a surprising number of new beginners to the game who think that they are amateurs when in fact amateur level can only be reached after a lot of practice. When starting to play you will be playing in incredibly low stakes games rather than running before you can walk and playing against players who have much more experience than you do. Texas Holdem poker is a game with rules which can be learned easily, but you will still need to master the intricacies of it and become well versed in recognising

opponents’ playing styles and ‘tells’ before you can consider yourself in any way experienced. The learning of Texas Holdem poker never truly stops and no matter how much experience you have you should never be so arrogant as to think you know everything about the game.

Mathematics is your friend and you can use this to calculate the probability of winning. As you gain knowledge and experience you will instantly know how many cards there are that can help you form a winning hand (these are known as ‘outs’). The higher the number of outs you have the greater the chance you have of winning. You will also gain the ability to more accurately predict what your opponents have in their hands. By using probability, you will also know when you are getting a good value bet on your hand and when it’s best just to simply fold and wait for a new opportunity.

The greatest of all Texas Holdem tips is one which can be applied to any other card game or form of gambling and that is to always only play with what you can afford to lose. This will stop you chasing losses or making risky bets that are ill advised. Always gamble within your means and always maintain a level head and you will be a much better player.

Now that you know the Texas Holdem rules, you can combine them with our Texas Holdem tips and be much more of a success at the tables both online and offline.

7 Biggest Poker Comebacks to Not Try at Home 2019

With poker, you are never out of the woods. A massively successful hand could spell your downfall the very next dealing whereas when reduced to a paltry heap of chips, you can still blast your Read more…

Omaha Poker Guide – Tips on How to Play 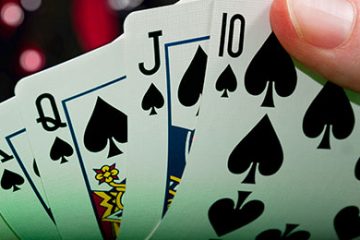 How to Play 2–7 Triple Draw Poker for Beginners

There are many different versions of poker, but Deuce to Seven Triple Draw or 2-7 Triple Draw is unlike most of the other common forms you might well have seen before. What makes 2-7 Triple Read more…